10 Most Dangerous Characters in Demon Slayer

As a result of taking blood from the Demon King, Demon Slayer's Demon Moons have gained amazing strength and powers. 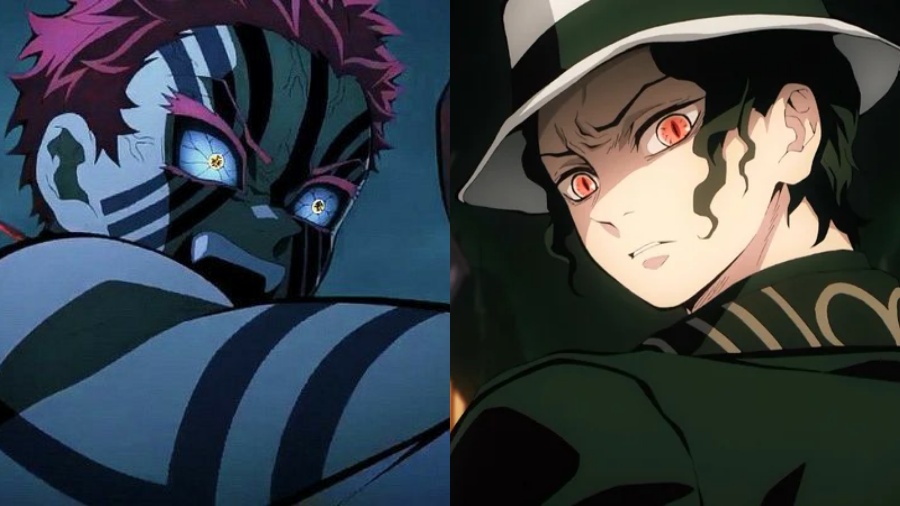 During the night, Demon Slayer's demons prosper and can only be killed by sunlight or a Nichirin Blade, which absorbs sunlight. These demons alone are extremely dangerous, but there are a few of them known as the Demon Moons that are even more lethal.

These are the most powerful demons, and they nare all under the control of the King of Demons. The Demon Moons have absorbed the Demon King's blood and gained extraordinary strength and power as a result.

Lower Rank Moon Demon Enmu appeared in the Rehabilitation Training arc and was the main enemy of Mugen Train. Enmu's Blood Demon Art of Dream Manipulation has proven to be extremely deadly.

Enmu has the ability to break a person's spiritual center while they are dreaming, allowing him to take control of their dreams and even murder them. Enmu, as depicted in the film, can also put anyone to sleep. 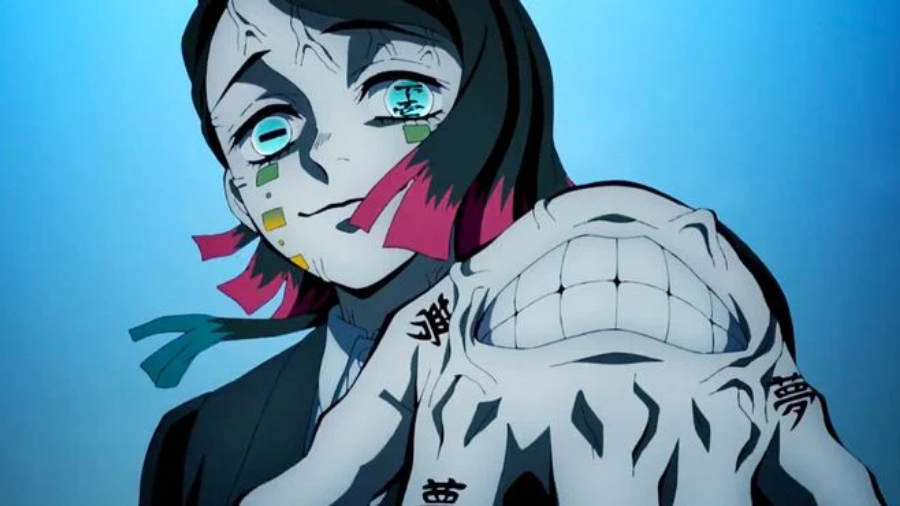 With her brother, Daki is an Upper Moon 6 Demon, and they both have this title. She has the ability to manipulate the Obi Sashes she wears as part of her Blood Demon Art.

Soft like silk, but sharp as the Nichirin Blades, are these Obi sashes. Daki's bond to her brother means that she is impervious to decapitation, making her an incredibly hazardous foe to face. 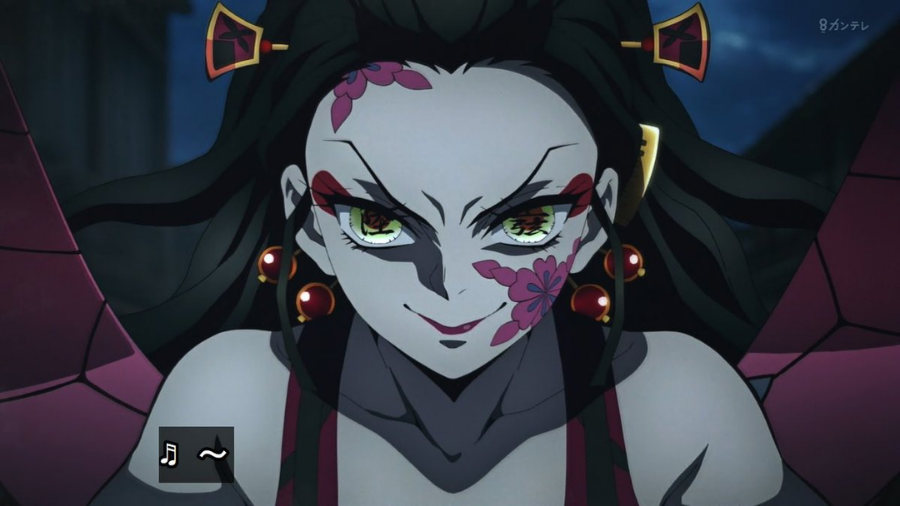 As a result of his talents, Gyutaro may use his own blood as a shield and to make slashes. Gyutaro can also turn his blood into a poisonous poison that is harmful to anybody it infects, but this isn't the only power he has. 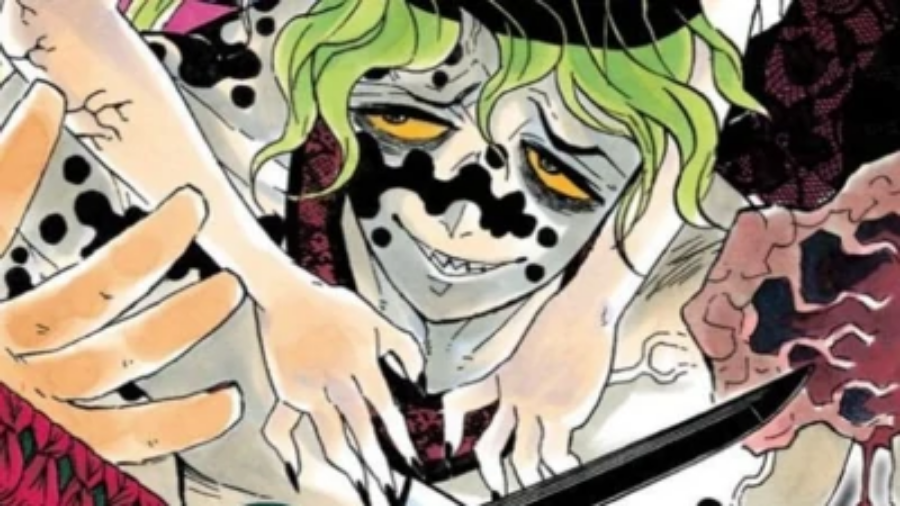 Gyokko is the current bearer of the position of Upper Moon 5. Gyokko's Blood Demon Art gives him a wide range of skills. Magical pots are his primary skill. Using this ability, Gyokko can create pots from thin air. Aquatic Creature Manipulation; Cell Manipulation; Water Manipulation; and Teleportation are some of his other skills.

A Molting Transformation is another powerful Blood Art Gyokko wields. He has the ability to alter his appearance and become more powerful with this ability. 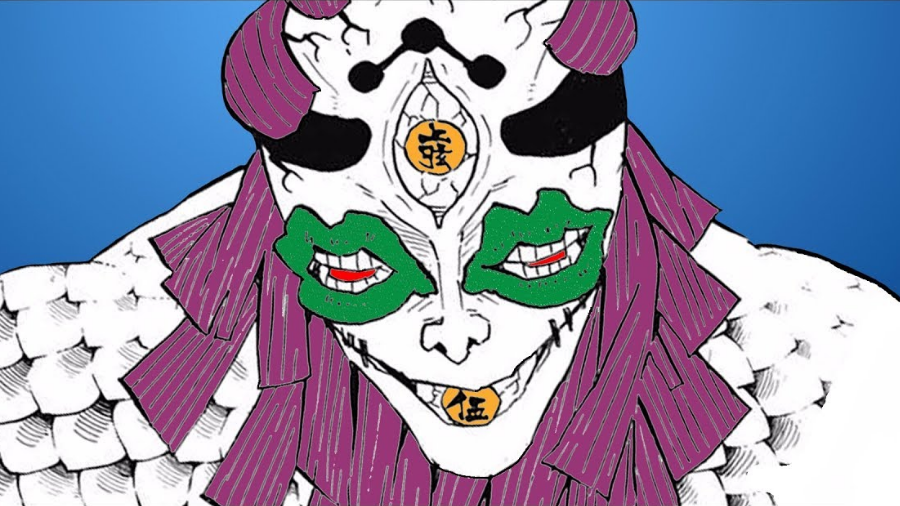 However, she was not always an upper moon demon, as viewers can see from her appearances in the series. After the previous bearer was defeated, Nakime became an Upper Moon.

With her Blood Demon Artwork, Nakime is manipulating castles. Nakime's biwa gives her the capacity to construct and shape rooms. She can unleash enormous pillars at her enemies, or make portals through doors, with her power. 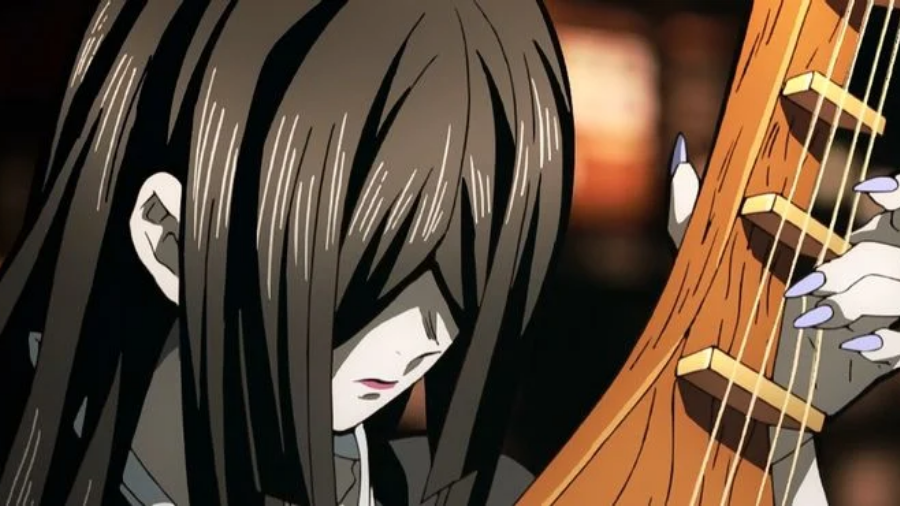 A formidable Blood Demon Art called "Blood Demon" is Hantengu's specialty. In spite of Hantengu's reputation as a timid and easily alarmed individual, he is anything but.

"Emotional Manipulation" is the name of Hantengu's Blood Demon Art. Hantengu's cloning talent allows him to express his feelings in the form of clones. It is extremely difficult to battle against his clones because each one has its own unique personality and Blood Demon Art. 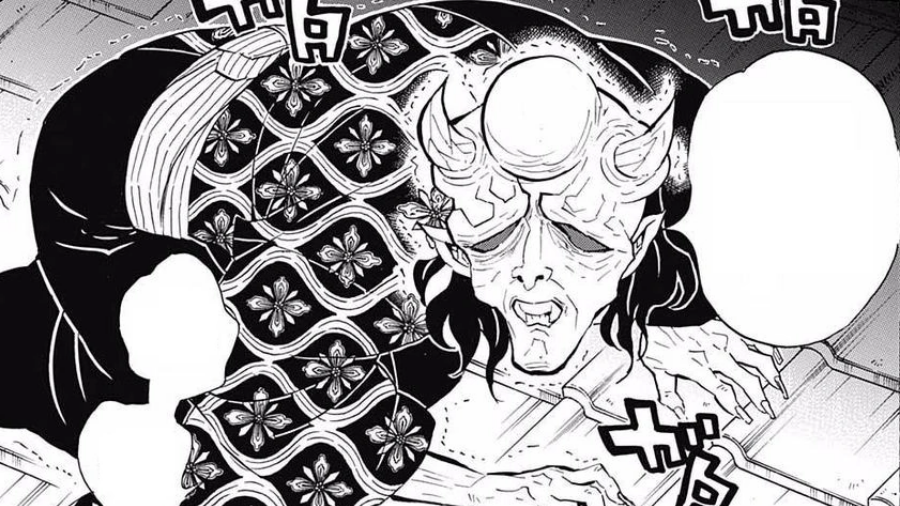 During the Mugen Train movie, Akaza, the Upper Moon 3 Demon, made a last-minute cameo. In the movie, Akaza is an extremely powerful demon with tremendous strength, speed, and powers.

Aakza's capacity to quickly regrow his body after he's been slashed is another of his incredible powers. Destructive Death is the name given to Akaza Blood Demon Art by Akaza. Having this ability, Akaza may use shockwaves in conjunction with his martial art fighting style to his advantage. 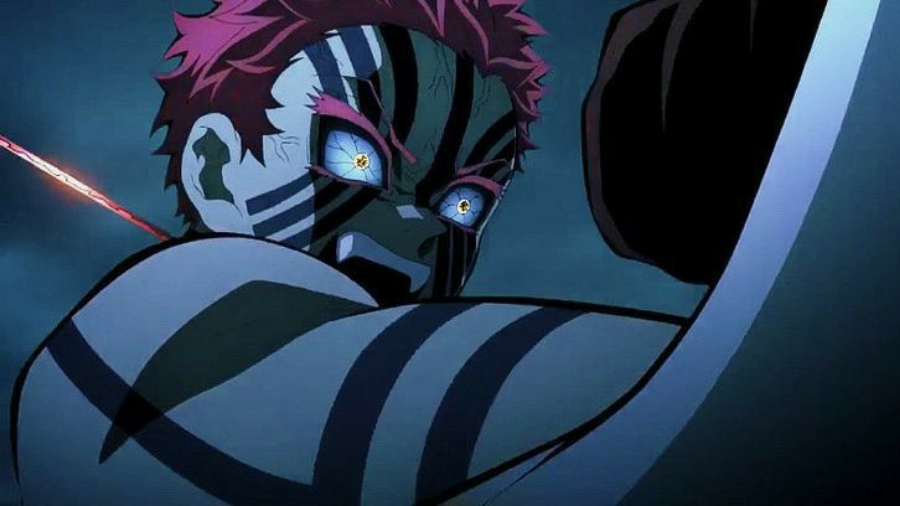 Doma, the second-highest ranked demon, holds the position of Upper Moon 2 and is incredibly powerful. As with Akaza, Doma's strength, speed and regeneration powers are all comparable to Akaza's. Cryokinesis, Doma's Blood Demon Art, allows him to make ice and frost with his blood.

It's also highly toxic to people who inhale the ice that is generated by his power. Doma has the ability to produce ice clones and animals that share his talents. 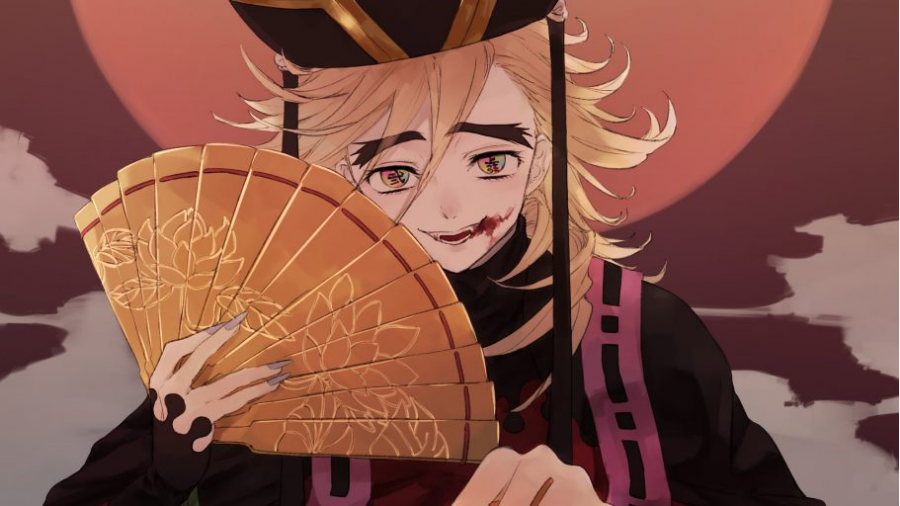 Kokushibo is the most powerful demon in the Upper Moons. Prior to his transformation into a demon, Kokushibo was an extremely skilled Demon Hunter. Like Doma and Akaza, Kokushibo, being an Upper Moon 1, possesses a slew of formidable skills.

Because of his experience as a Demon Slayer, he has honed his swordplay to an art form. Cresent Moon Blades is the name of Kokushibo's Blood Demon Art, which allows him to handle numerous razor blades in the shape of crescent moons. 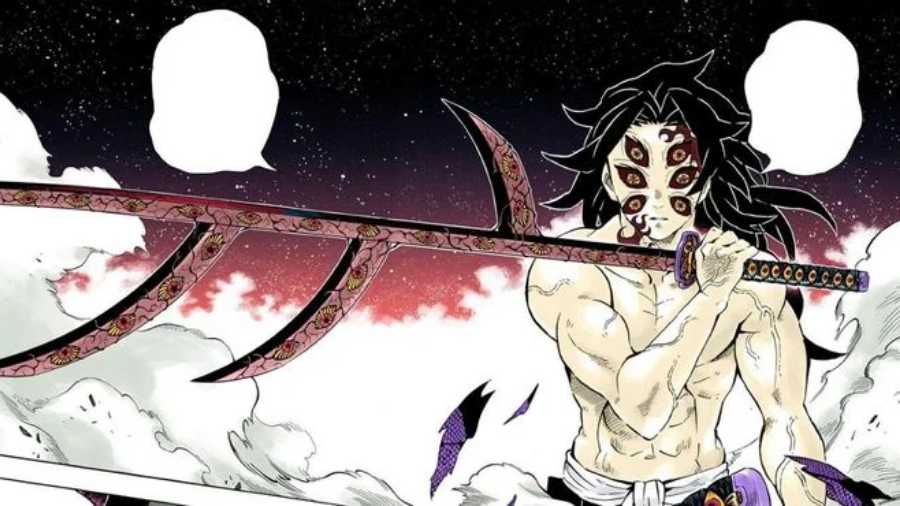 Demon Slayer series villain Muzan Kibustsu is the main antagonist. When Muzan killed Tanjiro's family and turned Nezuko into a demon, he was responsible. Muzan has more talents than Kokushibou and Doma because he is the Demon King. In addition, he has the ability to give demonic blood to any demon in order to enhance its powers.

Biokinesis is Muzan's Blood Demon Art, which enables him to control his own flesh and blood. As a result, he is able to alter his appearance and produce lifelike clones of himself. 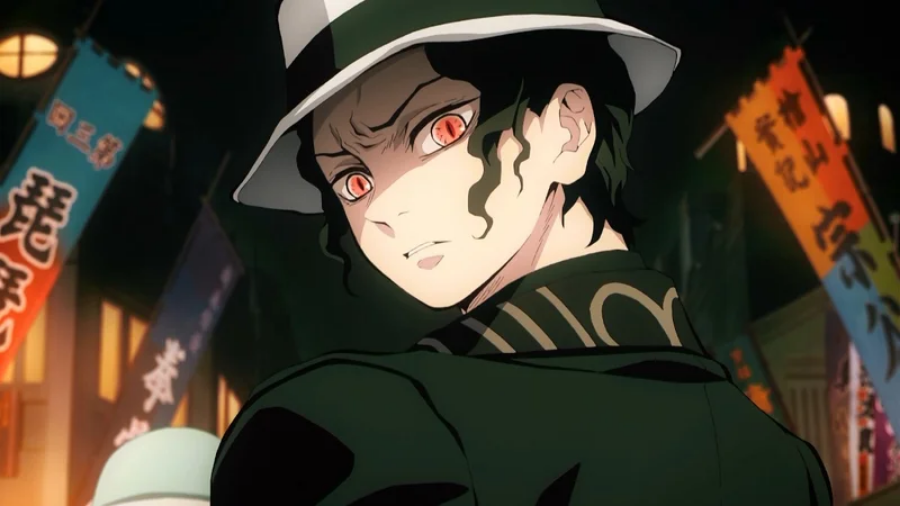 Above are the 10 most dangerous characters in Demon Slayer that MyAnimeShoes has just synthesized. Hope you like this article!