These 15 characteristics of Kaneki, the protagonist of Tokyo Ghoul, are things you may not have known about him.

In the Tokyo Ghoul series by author Ishida Sui, Kaneki Ken is the protagonist. The encounter with a girl ghoul named Rize, which leads to Kaneki's transformation into a one-eyed ghoul, turns his life completely upside down. Kaneki's life is filled with hardships until he encounters people, both human and ghoul, on who he can rely.

Kaneki has taken on a variety of personalities over the years. The fact that he took on so many personalities meant that fans missed many aspects of him, from his compassionate demeanor to his ordeal at the hands of Jason of the White Suits.

1. Kaneki Is An Expert Swordsman

Kaneki's swordsmanship skills may surprise some fans, but he's actually extremely good. Ghouls' kagune can be cut through with the quinque. Using it with his own kagune, he can get a significant advantage in combat when battling his opponents. At the end of the dragon arc, his swordsmanship was also competent enough to keep up with Kishimura Washuu, which impressed a lot of the anime fans. The Yukimura 1/3 is Kaneki's quinque's nickname. There were two prior owners of this blade: Arima and Hirako. 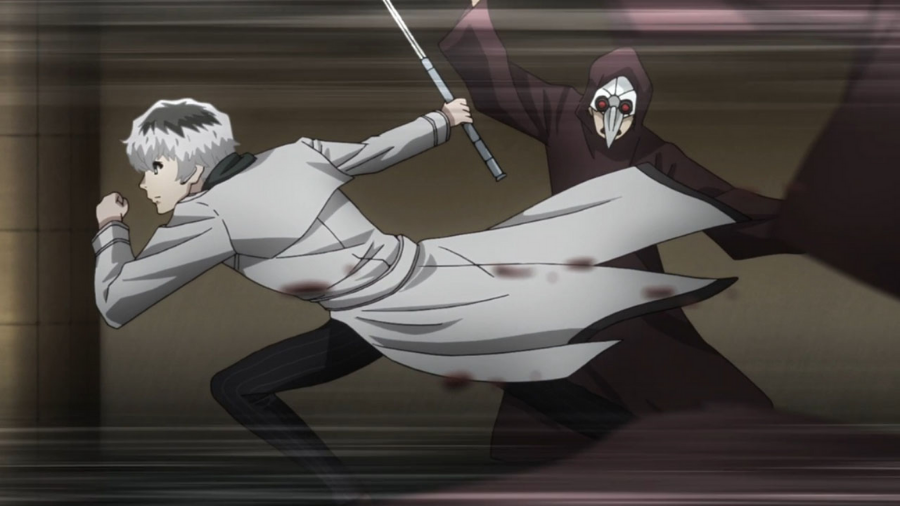 2. Kaneki discovered martial arts from reading about it

His love of reading and his ability to retain information make Kaneki one of the most devoted bookworms around. He was able to learn how to perform martial arts by reading about it in a book because of this ability. He was able to use martial arts in subsequent encounters, much to the astonishment of both his adversaries and the audience. Besides proving that he is extremely intelligent, it also indicates that he is able to quickly apply theoretical concepts to real-world situations. 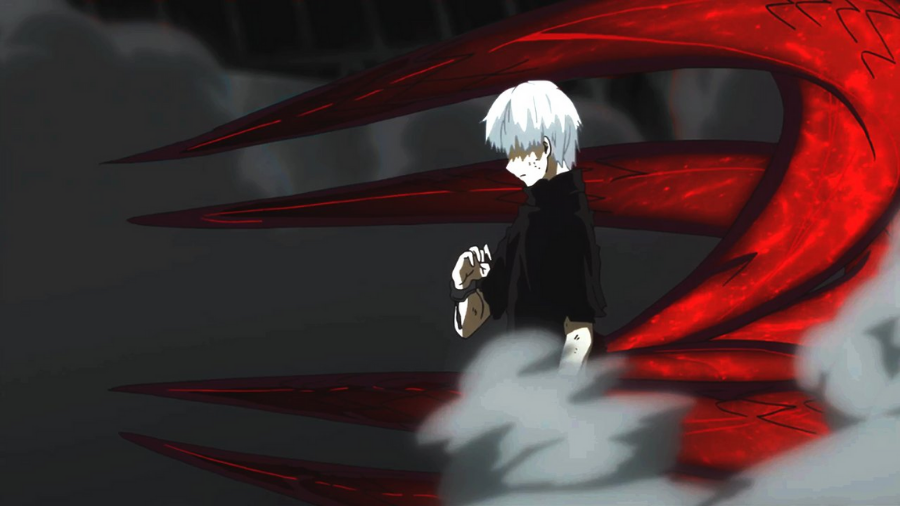 3. Kaneki may transform into a monstrous dragon

Kaneki has the ability to take on a dragon-like form. Kaneki's body can expand into a massive mass of flesh, teeth, and eyes that can devour anything and everything in its path after he absorbed the whole Oggai squad and the nucleus buried in Furuta's body.

Even military tanks are no match for his ability to form tentacles that tear through concrete and steel, much to everyone's dismay. Anyone facing Kaneki should flee as quickly as possible to avoid being sucked into his dragon form. 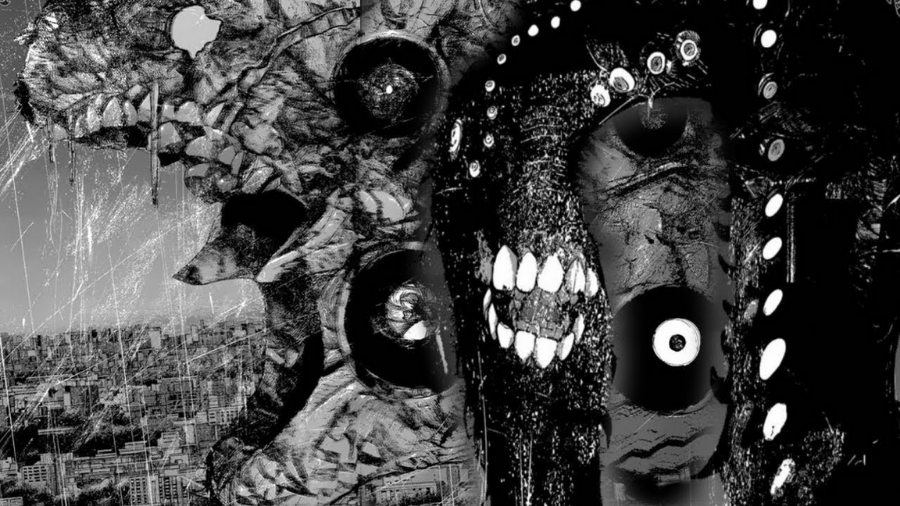 4. Kaneki's Eyepatch Is Frequently Placed In The Wrong Place

The positioning of Kaneki's eyepatch is frequently inaccurate in the anime, despite the fact that he wears one at times. When it comes to Kaneki's eye patch, Ishida often gets it mixed up because Tooru Mutsuki sports an eye patch as well. Mistakes in eyepatch placement were inevitable because there were two eyepatch-wearing characters in the story. 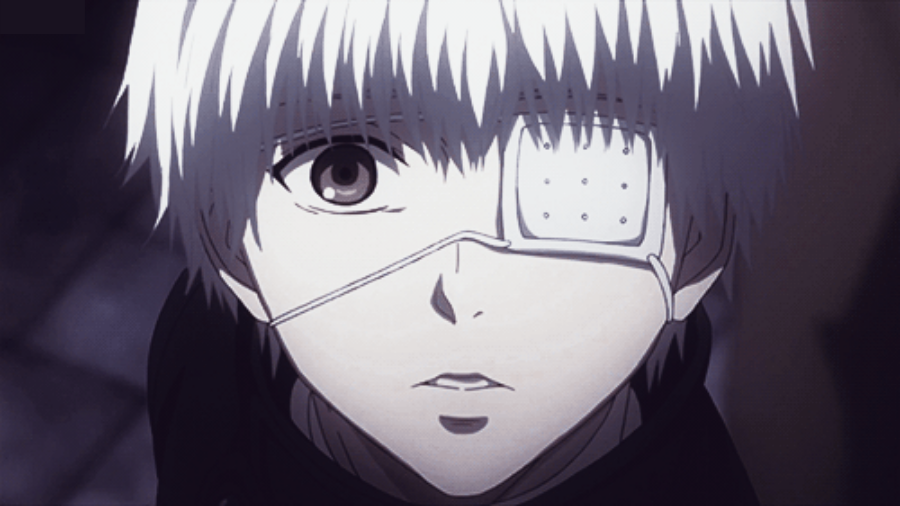 5. Kaneki and Yamori were subjected to similar forms of torture

Yamori, also known as Jason of the White suits, tormented Kaneki, but he was also tortured in the same manner. Because of the information, Yamori had regarding the 13th Ward, Cochlea's ghoul prison camp, Yamori was transferred there and kept alive for the sake of collecting information from him.

When he was imprisoned, a sadistic investigator tortured him and taught him how to torture ghouls. After being tortured by Yamori, Kaneki still had the desire to protect his companions, despite the fact that Yamori had also tortured him. 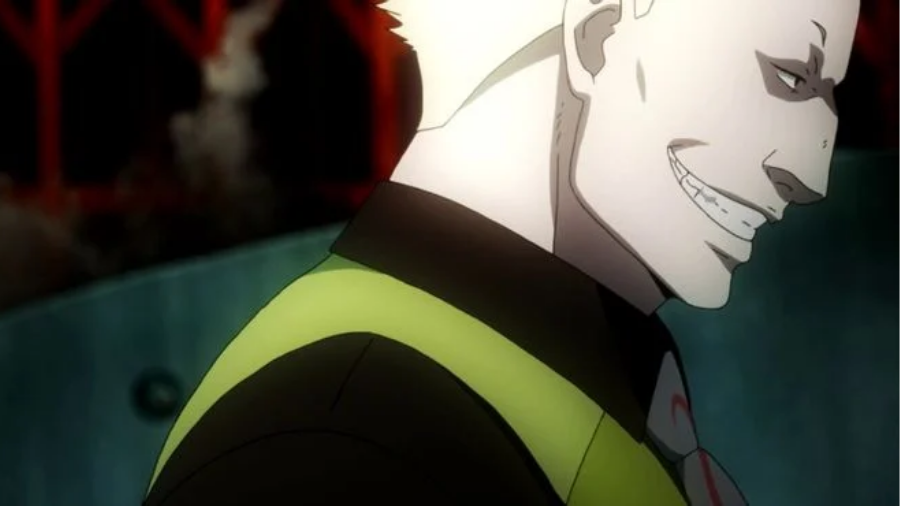 6. Kaneki has a very gentle personality

Tokyo Ghoul fans know that Kaneki Ken is gentle and rarely harms anyone until compelled to do so. Despite this, few fans are aware of the cause for it.

Kaneki's greatest fear has always been being left alone. As a result, the thought that he'll return to a life of loneliness if he harms others plagues him for a long time. In spite of the fact that Kaneki has taken on the persona of another character, he still attempts to protect everyone he cares about on his own because he does not want to suffer the anguish of being alone ever again. 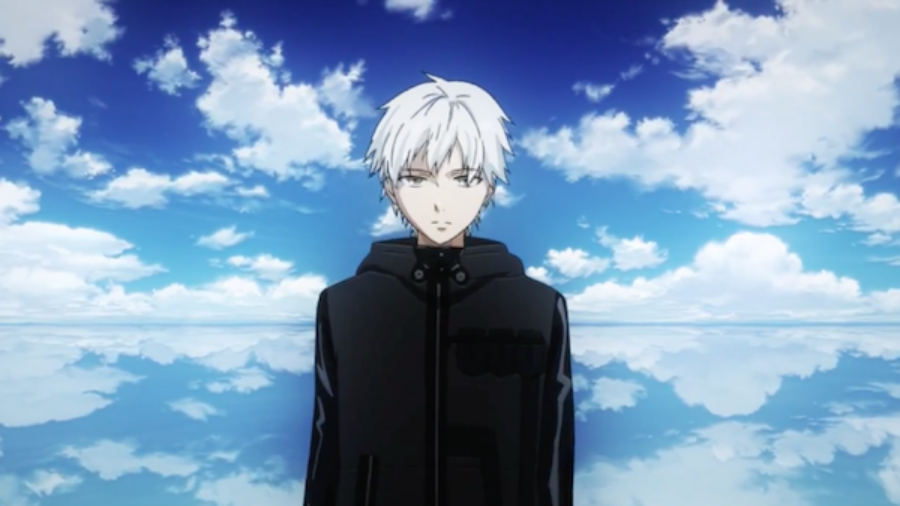 The color of Kaneki's hair has changed frequently during the Tokyo Ghoul series. Its changing color is attributed to a variety of factors, including its unstable RC cell activity, which causes the formation of melanin.

The author of the series, on the other hand, sees this rapid shift as a metaphor for himself. The initial shift of Kaneki from a black to a white-haired guy represents his mental development. A reprieve from Jason's torment is only possible when Kaneki embraces his ghoulish nature and enables it to cannibalize his human side. 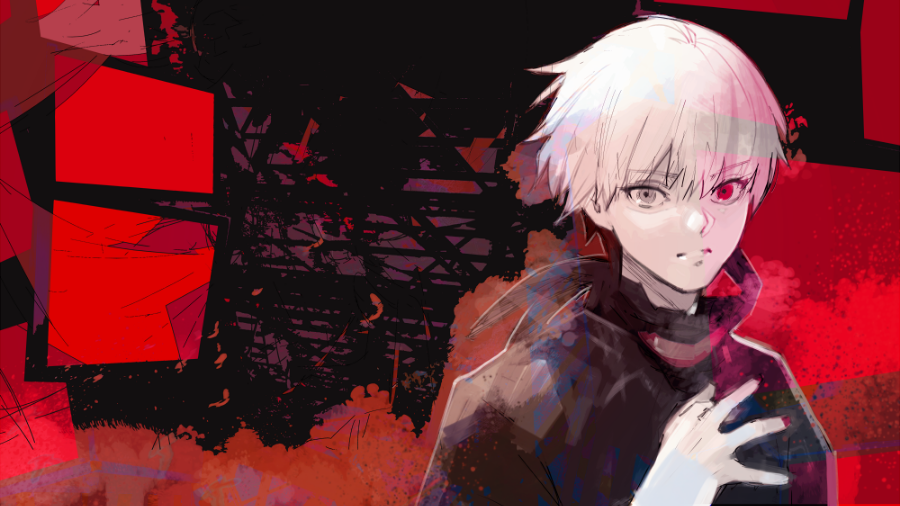 8. Kaneki and Haise are connected in some way

Arima transforms Kaneki into a CCG investigator after he is wiped out in a battle against the CCG's White Reaper for the first time. Known as Haise Sasaki, Kaneki is the Quinx Squad's commander and has formed strong bonds with the team's members.

There was always some sort of connection between Kaneki and Haise, even if it was unknown at the time. Both Kaneki and Sasaki mean "helpful wood" in the kanji, which connects the two characters while also pointing to Haise's true identity. 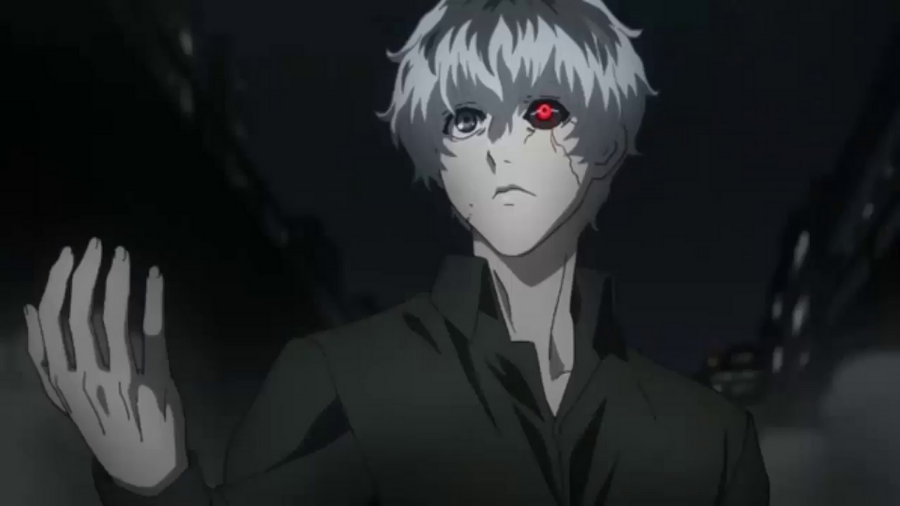 9. Kaneki has a lot of secrets

Kaneki is a very reticent person, thus he rarely reveals his innermost thoughts to those who are close to him. However, it's rather easy to tell if he's lying or telling the truth based on his demeanor. Kaneki has a peculiar tendency of reflexively caressing his chin with his left hand while he is concealing something.

Kaneki's tendency remained even after he became Haise Sasaki. People who know him well, like Hideyoshi Nagachika and Touka Kirishima have often brought this up throughout the series. 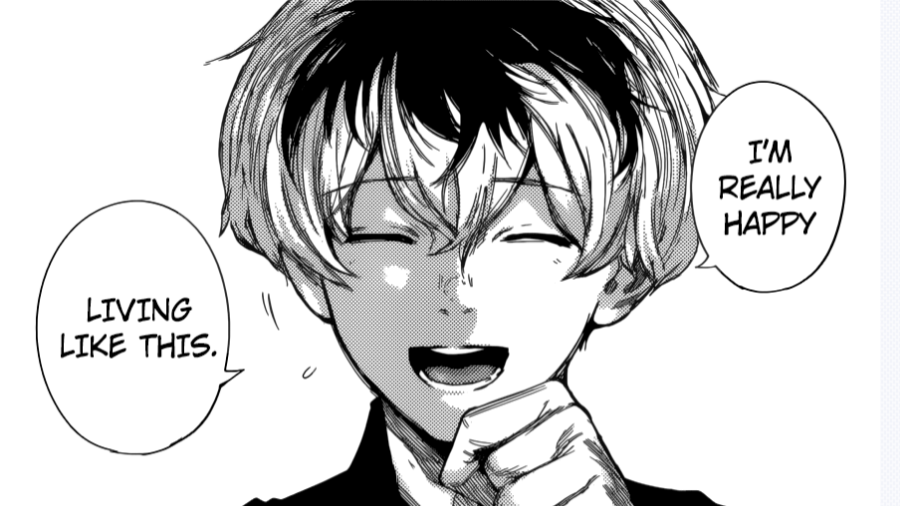 10. Kaneki's father passed away while he was a child

Ishida Sui never drew Kaneki's father in the entire series, contrary to the common notion that he would. Kaneki's father died when he was barely four years old, according to Kaneki. Kaneki was a compassionate person, therefore he probably liked him a lot, but his mother made sure he didn't feel it.

Through his recollections of his father are fuzzy, Kaneki often wonders what kind of person his father was. Despite the fact that Kaneki's face has faded with time, he still knows a lot about his favorite pastimes. 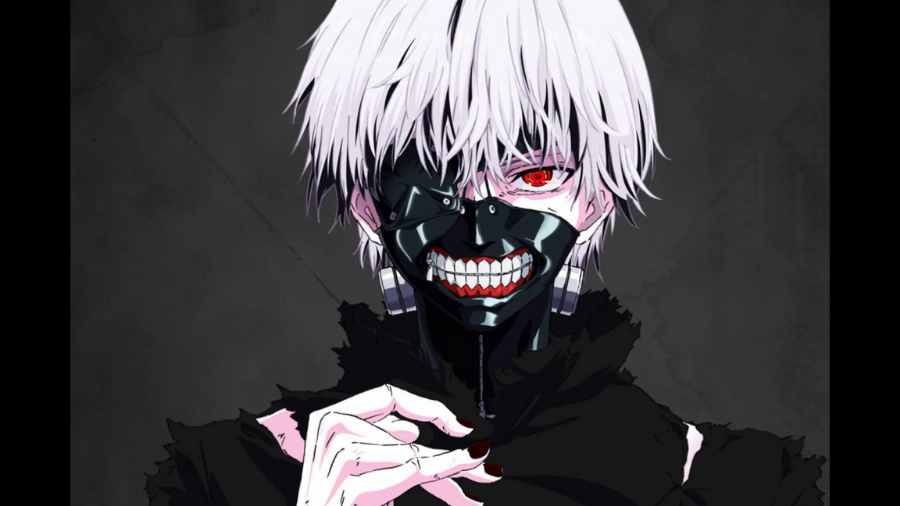 11. Kaneki Is a voracious reader

Kaneki is a bookworm from the start of Tokyo Ghoul, and it's clear he enjoys reading. Kaneki's enthusiasm for books never changes, no matter how many various personalities he assumes. Quite unexpectedly, this tendency stems from his recollection of his father's presence.

Kaneki says that while he doesn't recall much about his father, he has clear memories of him reading a lot as a child. After that, he began reading books, and the experience proved to be calming for him. Because the smell of his father's old books may have made him feel like he was in his presence, he may have fallen in love with reading without even realizing it.

12. Kaneki and Arima have a close friendship

In the beginning, things didn't go well between Kaneki and Arima. Arima "killed" Kaneki Ken the first time they met. However, he had a quite different relationship with Haise. Haise viewed Arima as a father figure because he grew up with him. Although he had no memory of his background, he was confident that Arima and Akira would always be there for him."

In spite of the fact that he had his memories back, Haise still harbored an emotional attachment to Arima, who had always served as his mentor and protector. Sui Ishida's meticulous planning paid off since the two have the same birthday! 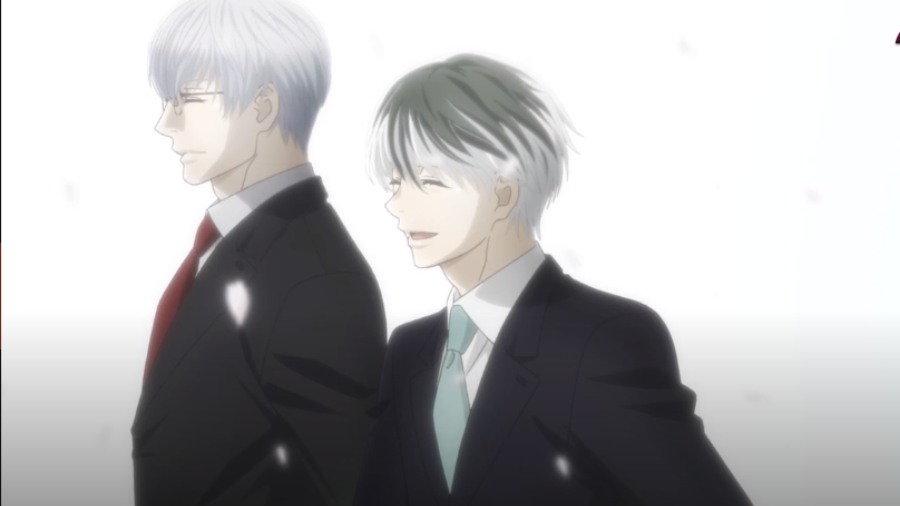 13. Kaneki has many interests

Kaneki is the focus of Tokyo Ghoul, yet nothing is known about what he likes and dislikes. Possibly because Kaneki was still attempting to figure out who he was throughout the series. According to what little we know about Kaneki's tastes, it's apparent that he enjoys reading.

It's clear he enjoys language, as evidenced by how he teaches Hinami. Kaneki also likes educated ladies and hamburgers, which is why he was drawn to Rize at the Anteiku Coffee shop. 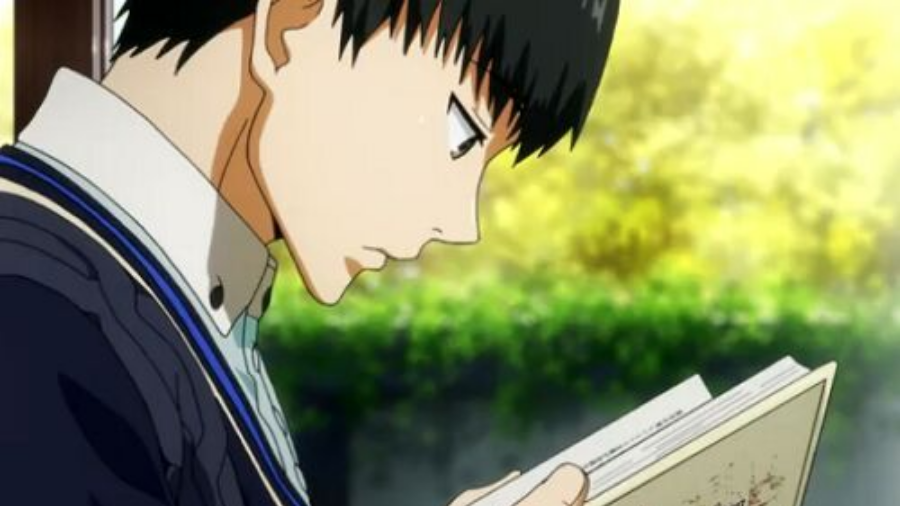 Jason of the White Suits tortures Kaneki in the first episode of Tokyo Ghoul. As a result of the excruciating anguish, he had to accept his true nature as a ghoul. In the anime, it is indicated that Kaneki Ken eats Jason after he manages to get out of the cage.

On the other hand, Kaneki's sole goal was to consume his Kagune. Being mostly irrelevant to Kaneki's plans, the boy was left to perish as Kaneki made his escape. 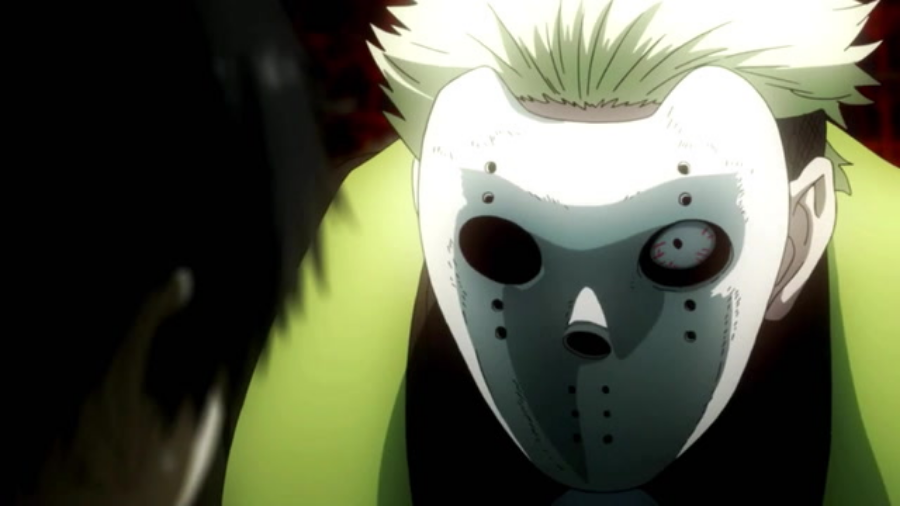 15. Kaneki's perspective on himself and the world evolved through time

Kaneki Ken's mental growth is one of the best aspects of both the manga and the character himself. Kaneki knows from the outset of the novel that both people and ghouls commit atrocities in the world. When he first wakes up as a Ghoul, he blames the rest of the world.

Kaneki, on the other hand, recognizes that everyone is the protagonist of their own trip at the end of the story. To their own advantage, everyone steals and protects what they want. There is nothing wrong with the world; it simply is. If he had a choice, he would continue to work hard as he always has, regardless of the circumstances. 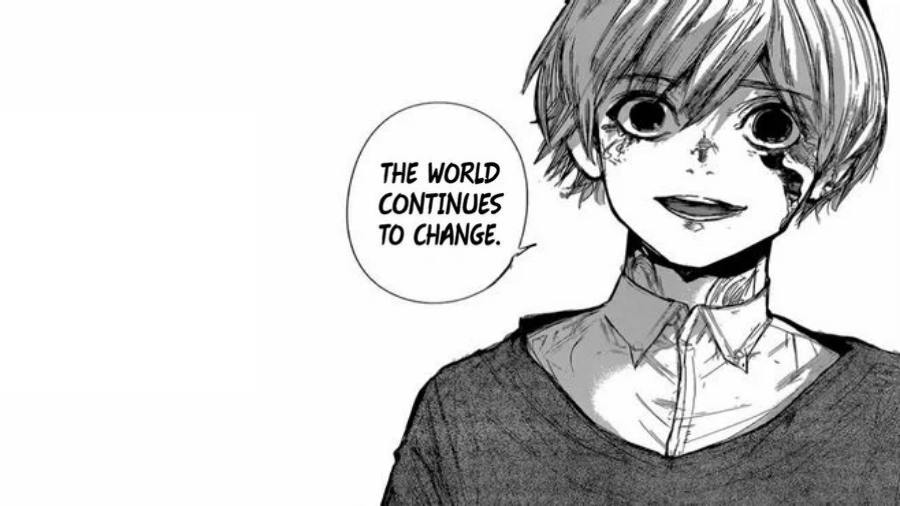 Above are 15 Things You Didn't Know About Tokyo Ghoul's Kaneki Ken that MyAnimeShoes has just compiled. Hope you enjoyed reading the article!

PreviousKNY: After The Wind Pillar, Which Character Will Appear In The Novel?