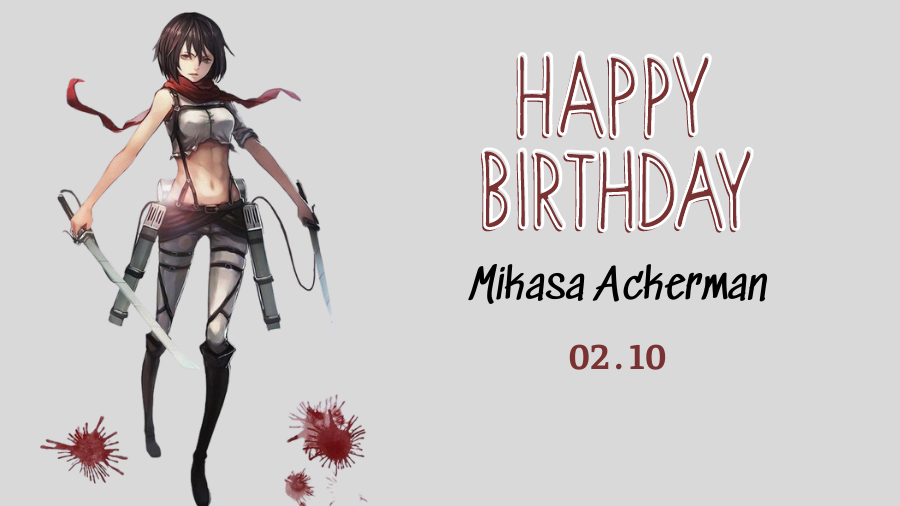 Mikasa Ackerman is a major character in the Attack on Titan anime and manga series. Her biological parents were murdered by thieves when she was a child. Mikasa was later adopted by Kalura and Grisha Yeager and became Eren's adoptive sister. Mikasa is close friends with Eren and Armin.

Mikasa graduated first in her class from the 104th Reconnaissance Squad, and she chose to join the Reconnaissance Squad rather than the Military Police to keep an eye on Eren and ensure her brother's safety. Mikasa Ackerman has a strong sense of right and wrong, but she is also incredibly protective of Eren and tries all she can to steer Eren in the right route.

Mikasa boasts great strength and endurance, earning her the moniker "irreplaceable" for her ability to easily overcome humans and Titans. This has led to her being dubbed a military genius, with "Mikasa's talents on par with a hundred regular troops."

PreviousHappy Birthday,  Obito!!!
Next10 Anime Villains Who Will Never Be Redeemed