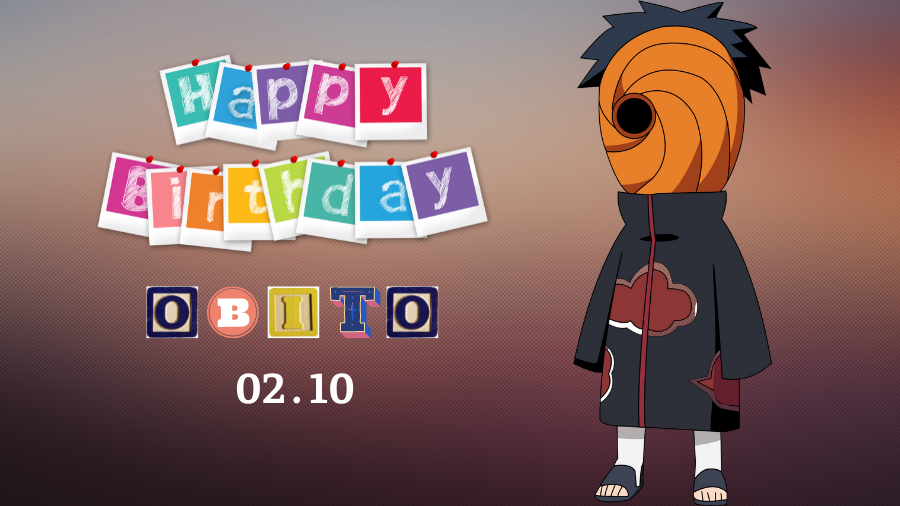 Obito is a member of the Uchiha clan, yet he has never met his parents. Obito has wanted to be Hokage since he was a child.

Originally, Obito was a kind-hearted child who was frequently late to serve the elderly in the community, always prioritizing the safety of his teammates. But after he saw Kakashi murder Rin, the girl he loved, anger entirely altered Obito, giving up all of his previous ambitions and beliefs, in his heart there was only resentment, and he always wanted to denounce the enemy.

The good-natured Obito of old is long gone, leaving only the callous and cruel "Tobi" behind. Obito was once a person with many dreams and great energy, but after allowing anger to fill his heart, he sank into a hole of crime so deep that he couldn't find his way out on his own.

Obito gradually understood his error and sincerely regretted it till he met Naruto. His final act was to sacrifice himself in order to save others.