Home / News / Is Taylor Swift a fan of Death Note?

Is Taylor Swift a fan of Death Note?

Since the release of her 1989 album in October 2014, rumors have circulated that Taylor Swift is a Death Note enthusiast.

Particularly since a certain lyric appeared in Blank Space, her first hit from the album:

'I've got a blank space baby, 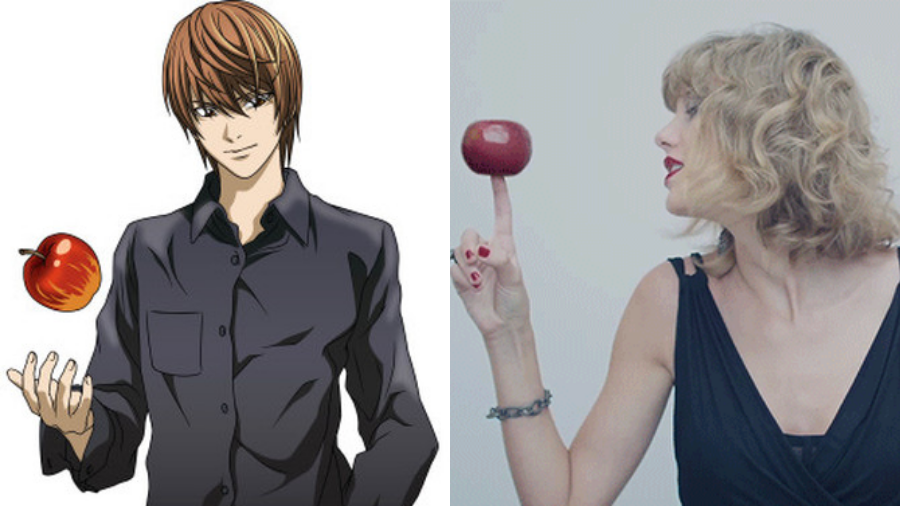 Do you think it's a little Kira?

When you view the accompanying music video, the theory clearly acquires credibility. Swift is shown holding an apple aloft while singing the chorus.

Not to mention that the book in which she writes the names has been discovered to resemble a Death Note.

But how much of this speculation about Taylor Swift's Death Note credentials is true?

What is the meaning of Taylor Swift's "Blank Space"? 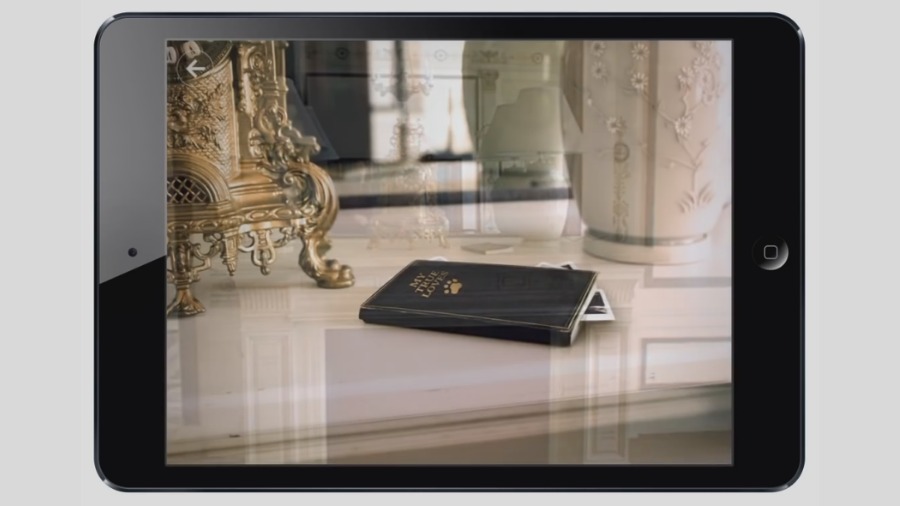 Taylor Swift appears to be getting a raw deal from the media. Angry journalists penned scathing articles telling would-be lovers to stay away.

According to one reviewer, these stories portrayed her as "an obsessively attached man-eater who dates for songwriting material" (Sam Lansky, 1989 Marks a Paradigm Swift, Time Magazine, October 23rd, 2014)

So the vocalist had some fun with it.

Blank Space is about her search for a new guy, whom she will date in a possessive manner before turning psycho on. Meanwhile, he will be added to her diary titled My True Loves.

Much of the comedy in Taylor Swift's video for Blank Space comes after she discovers her partner (Sean O'Pry) texting other women. That's when our heroine's romantic feelings turn crazy.

And some Death Note fans begin to see Misa Amane in her possessive retaliation for the slight. 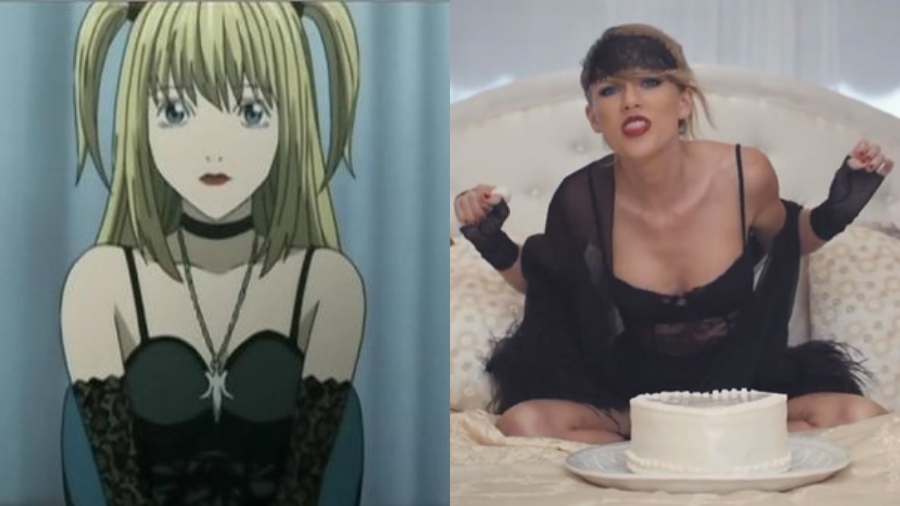 With a quote from her director, we can validate the 'mad villain' part:

Swift approached director Joseph Kahn with the treatment concept, stating she was all too aware of the jokes made about all of her previous boyfriends and how she likes to include them in her music. Taylor stated that she wanted to combat the prevalent perception of herself in the video in a humorous way by portraying a wild villain.

"When I first heard this concept, I thought, 'This is incredible!'" Kahn stated. "This is Taylor Swift as a deconstructivist!"

Kahn also worked hard to give the music video a film set atmosphere, pulling from many different forms of cinematography in a manner he calls Spielbergian. This allowed one story to be delivered while still giving the impression of a collection of separate stories spliced together.

The idea of Taylor Swift as an anti-hero or villain was aided by Kahn's use of Kubrick's masterpiece A Clockwork Orange.

But what other pop culture references did Swift's Blank Space music video make? Some fans and analysts believe they know. 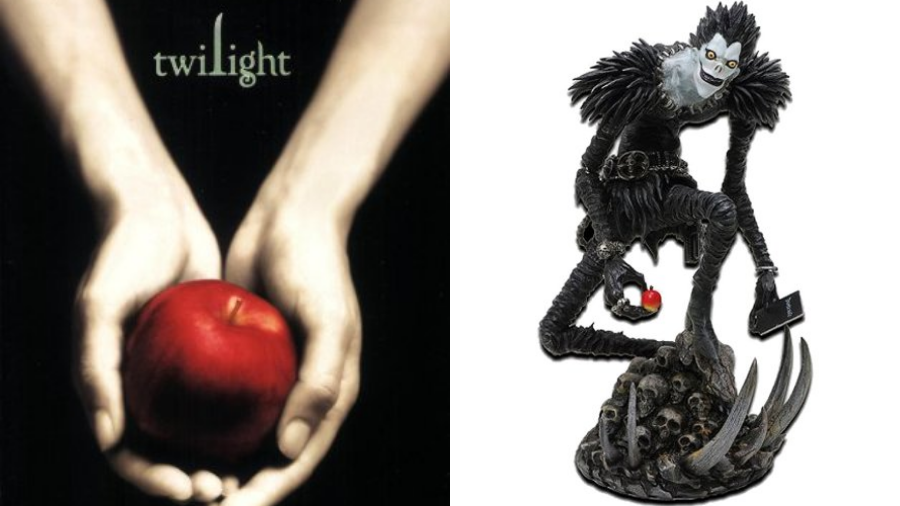 What do you see in the above gif sequence? Most people tend to regard all of those apple-based pranks as a direct reference to Stephanie Meyer's Twilight trilogy.

Unless they're Death Note fans, in which case Taylor transforms into a Death God a la Ryuk, liking apples enough for a celebratory spin before a hearty mouthful.

NB She sings here about having a blank spot (infant) to write your name.

Is it common for Twilight's vampires to scribble their names in notebooks? Because the shinigami of Death Note and the human owners of their notebooks are!