Home / News / Top 6 Anime Has The Most Fans Just Now

Top 6 Anime Has The Most Fans Just Now

You may be a fan of anime, or not! Have you ever wondered which Anime has the most fans just now? Let's have a look around with MyAnimeShoes and discover if you're a member of the huge fan base for this anime!

If you watch anime on a regular basis, you will be familiar with the One Piece anime series. This is a well-known animated series by creator Eiichiro Oda, which is adored by both Japanese and foreign anime fans.

The basic plot of this popular anime is the voyage of a young kid named Luffy to become the new Pirate King. Throughout his travels, Luffy befriended numerous people, who eventually formed the Straw Hat Pirates.

He and his buddies fought and triumphed over all obstacles to reach the Grand Line. This is both a deadly sea and the location of the world's greatest treasure - One Piece. These riches will assist him in realizing his ambition of becoming the new Pirate King.

One Piece not only contains intense and dry battles, but it also has numerous humanistic details, such as the meaning of friendship and life. This is what makes the Anime has the most fans just now. 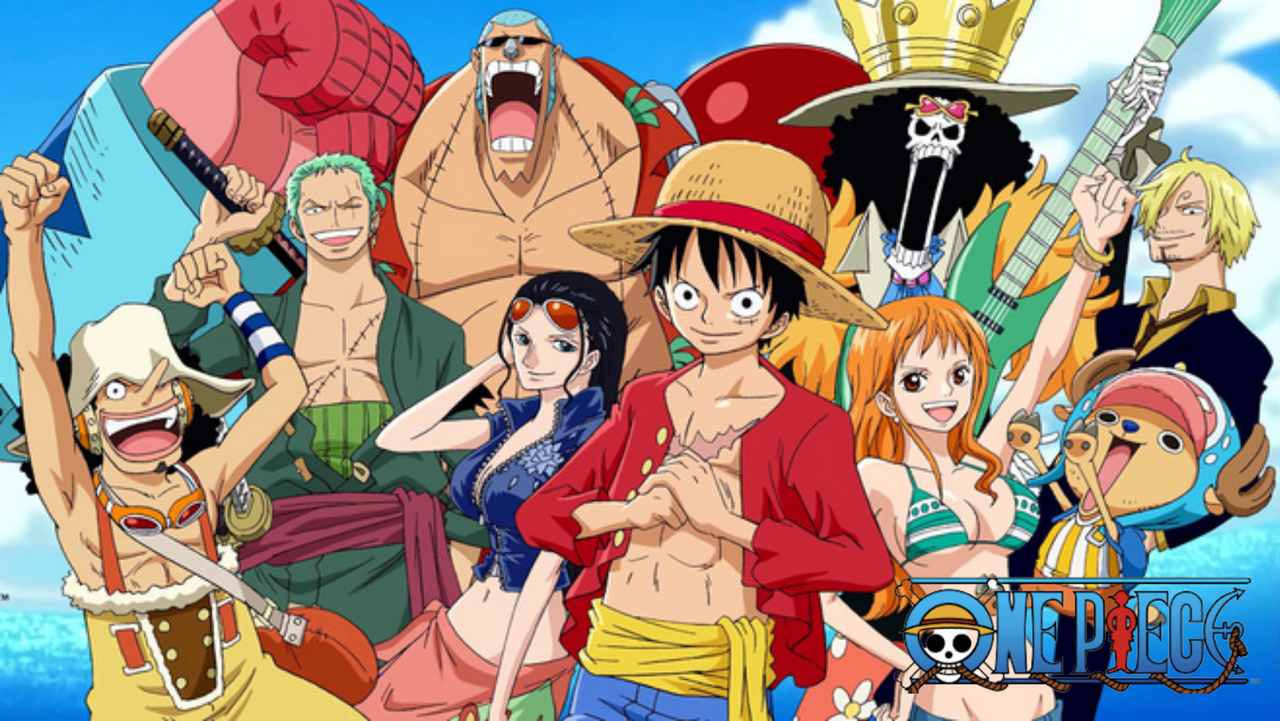 This is a cult anime series linked with the 8th and 9th generations. The basic plot of the anime Dragon Ball revolves around the monkey-tailed boy Goku, who is discovered in the forest by an elderly man who lives alone.

On his way home one day, Goku encountered a girl named Bulma, and the two of them went in search of the Dragon Balls together. Each dragon ball will hold the key to summoning a dragon. This dragon will appear and grant the wishes of everyone who has the Dragon Ball.

The author leads the viewers from one surprise to the next throughout Goku's trip. Each episode reveals additional facets of the main character's personality, allowing viewers to adore and connect with him or her more. 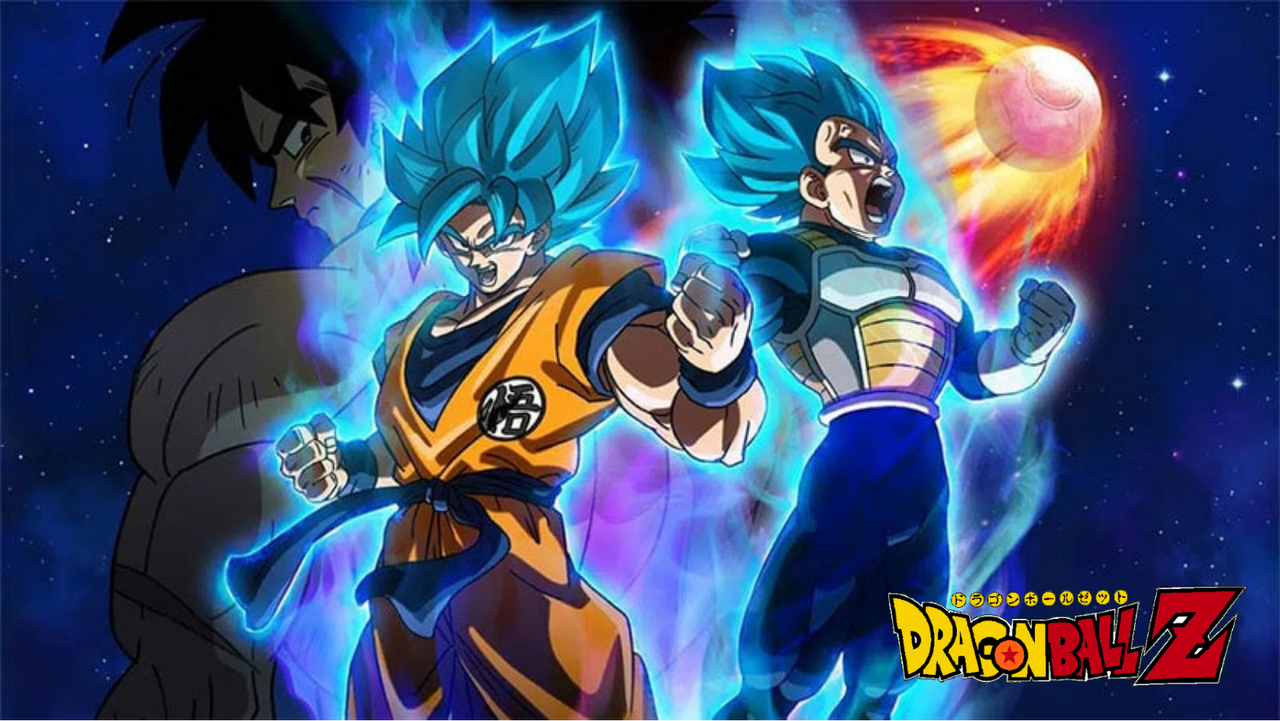 What would the world be like if enormous monsters conquered it? That is the setting for the anime Attack on Titan. In this anime, humanity will have to live behind a towering wall to defend themselves from Titan (a creature with a similar shape to humans, huge size and cannibalism). This Titan eats flesh for pleasure rather than survival.

After witnessing a Titan devour his mother, the main character, Eren Yeager, vowed to kill all Titans in order to avenge his family. He volunteered to join the Survey Corps, the only group of people that ventured outside the secure zone to learn about Titan and protect the wall.

A massive Titan emerged one day and demolished the entire wall. The Titans poured in, devouring everybody who got in their way. From this point on, Titan's battle with humanity officially begins. The type of individual who does not only hide behind a wall but also stands firm against the Titan. Perhaps because of the new substance and significance, this anime has the largest number of fans right now. 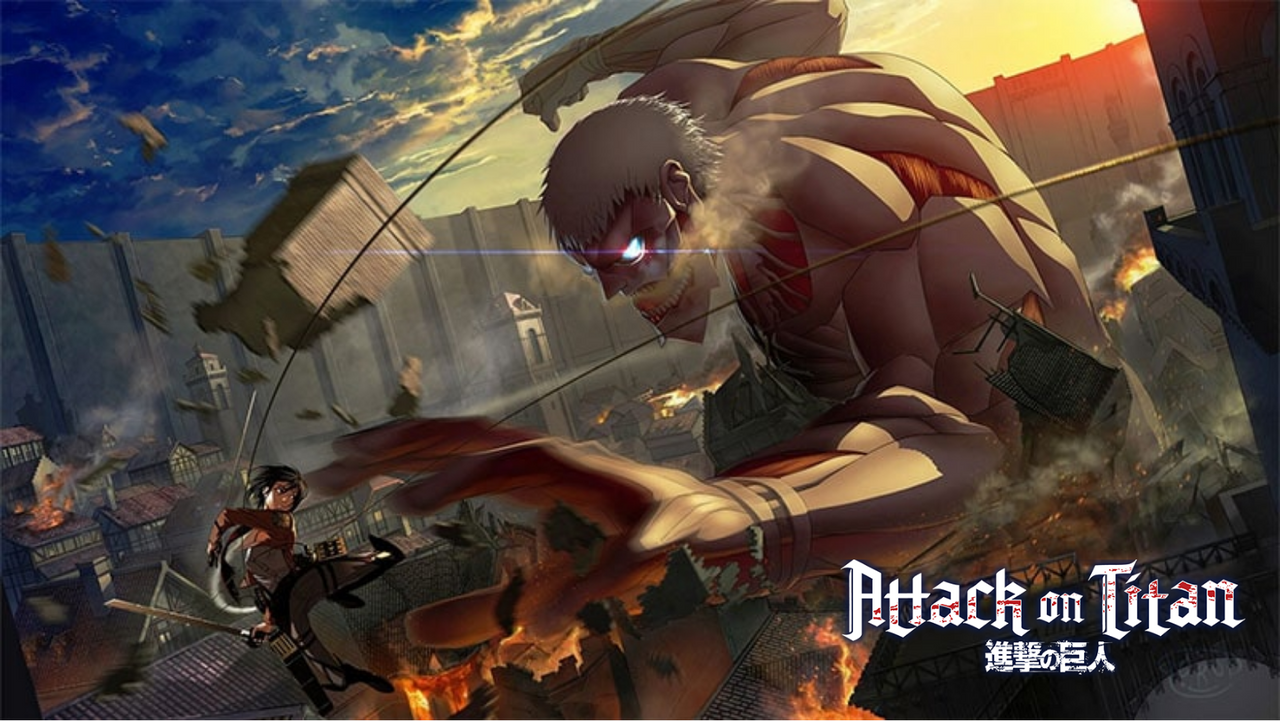 People are always intrigued by the mysterious murder cases that occur in the confined chamber. In order to kill without leaving a trace, the killer must be able to do it. Innocent people will be killed, but who will be the perpetrator? The killer's motivation remains a mystery. Detective Conan can effortlessly solve any problem, no matter how complex it may appear.

In 1996, author Aoyama Gosho created an anime series based on his detective and comic novel Conan. Along with investigating unusual cases, the main character Conan must also learn about the Black Organization, which is a secret organization that operates in the shadows. He was poisoned by this group, and his body was reduced to the size of a toddler as punishment. As Edogawa Conan, he aided detective Mori in solving a number of cases, ultimately exposing the perpetrators.

Due to the cases and surprise endings in this well-known Detective Conan anime, it always leaves viewers feeling interested, and it is enjoyed by both adults and children alike. Become an Anime has the most fans just now 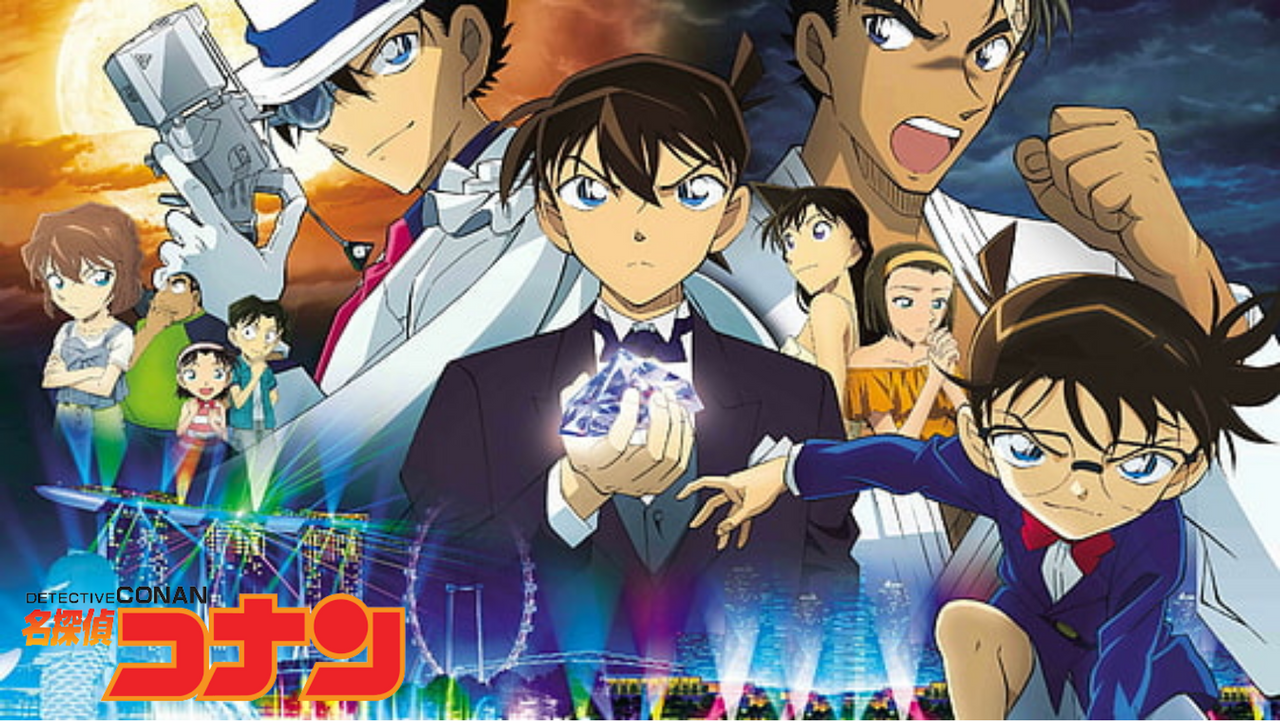 Despite the fact that it was released after the aforementioned anime, Black Clover is still considered to be one of the best animes, with a significant fan base. Fans of Black Clover are not just concentrated in Japan, but also in a number of European, American, and Asian countries.

Set in a magical realm, the two main protagonists Asta and Yuno are two orphans who have been abandoned in a church on the fringes of the Clover Kingdom. They grew up together and made a pact about who would be the next Sorcerer King. They were both right.

Asta, in contrast to Yuno, is unable to wield magic and must rely on his physical power to defeat his adversary. Both of them are ambitious, dreamy young men who are committed to doing what is right and safeguarding their teammates and friends. The bond between the two of them has grown stronger and stronger over the course of many adventures and incidents. 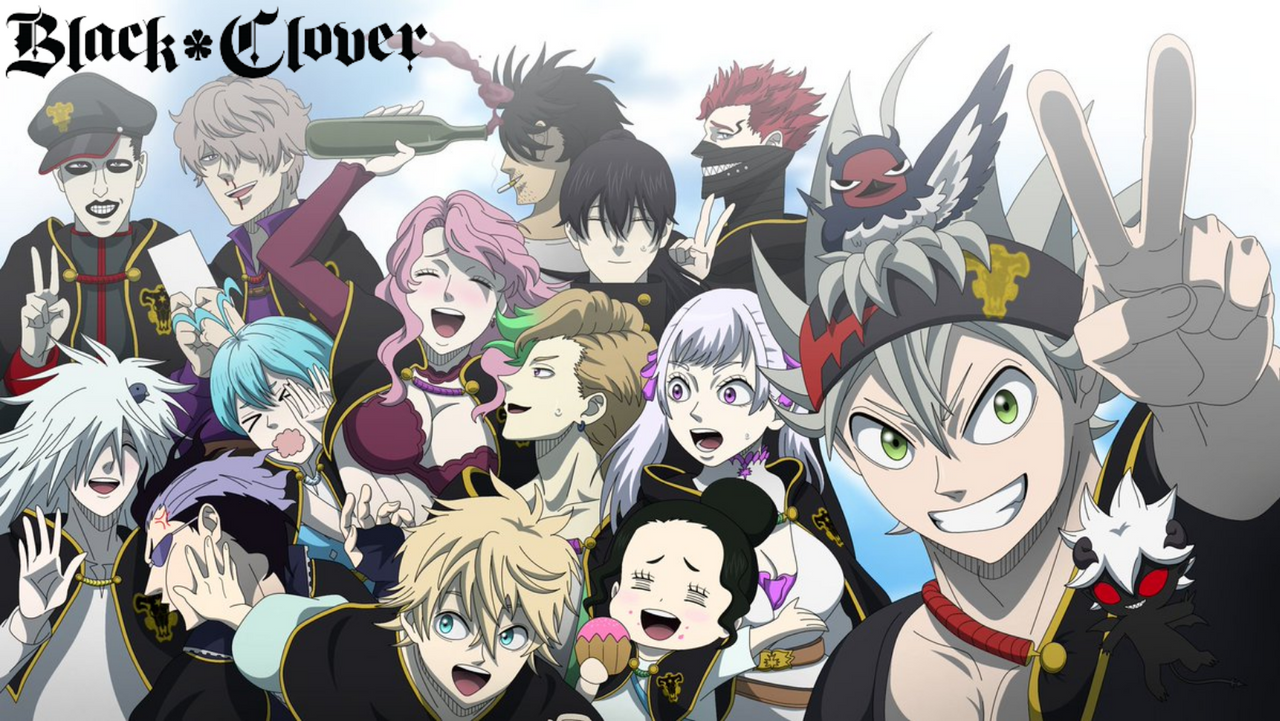 Demon Slayer (Kimetsu no Yaiba) is a historical fiction anime series that draws viewers in with its very attractive drawing style and serious substance. This is a production by the studio team Ufotable, who had previously excelled with the anime series Kara no Kyoukai and Fate/Zero. As one of the Anime has the most fans just now.

The anime takes place during the Taish period when demons posed a threat to human life. Demons never reveal their identities because they do not live in the sun, and the demon lord Muzan Kibutsuji, unable to reveal his identity, needs to increase his authority.

Tanjiro, the main character, became the household earner when his father died, earning money to support his mother and younger brother. He went down the mountain one day to sell coal for money and stayed at the home of a friend.

When he arrived the next morning, everyone had been slaughtered except for his sister Nezuko, who was still alive. But then Nezuko was poisoned, and she became a demon. This tragedy paved the path for Tanjiro's career as an elite Demon Slayer trained by "former Water Pillar" Urokodaki Sakonji. 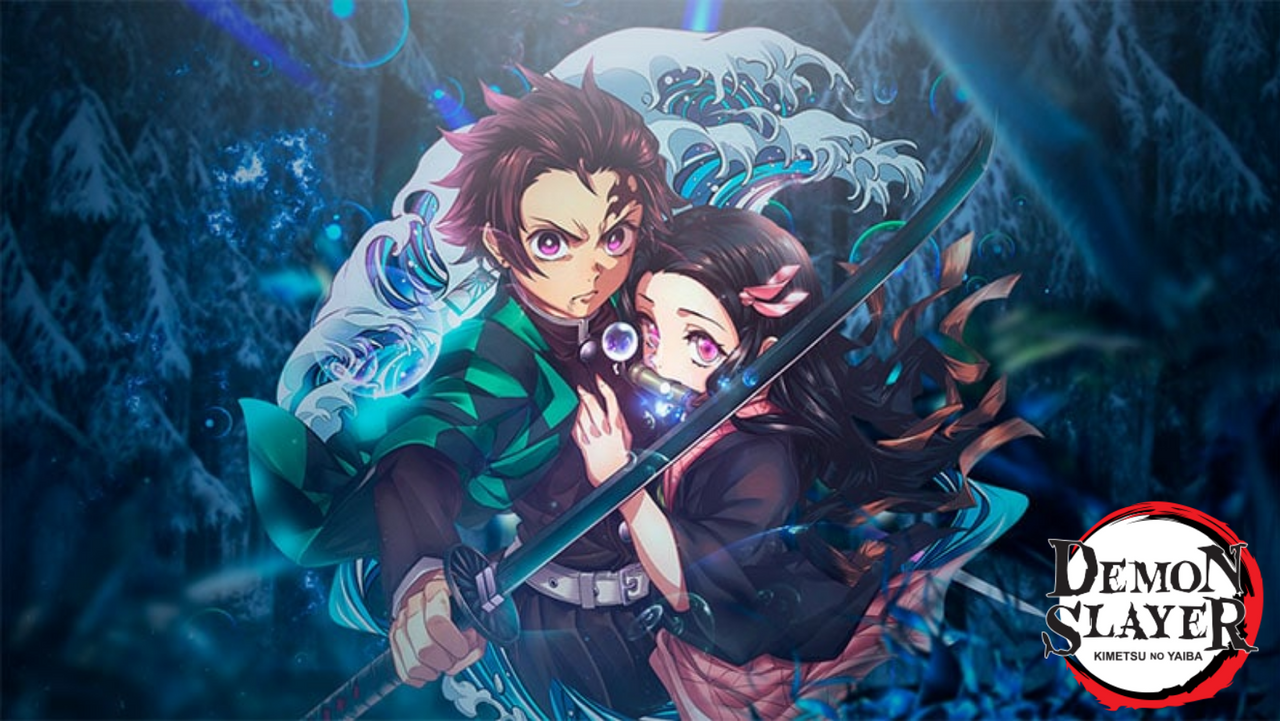 Above are the top 6 Anime has the most fans just now. If you love Anime and want to own products printed with your favorite characters, please refer to Myanimeshoes.com!