Home / News / What makes Fullmetal Alchemist is the best Anime of all time?

What makes Fullmetal Alchemist is the best Anime of all time?

Those who read manga are probably familiar with the popular manga Fullmetal Alchemist. However, have you watched the Anime that is now at the top of this chart?

The alchemist is another name for Fullmetal Alchemist. The film is produced by Bones and is based on the 2003 manga of the same name. Fullmetal Alchemist is still widely regarded as the best Anime of all time. And now at the top of the Myanimelist leaderboard. Let's find out why this anime is so popular with MyAnimeShoes.

The film follows Edward and Alphonse Elric, two alchemist brothers, hunting for a legendary catalyst known as the Philosopher's Stone, a magical artifact capable of restoring lost bodily parts (killed in an alchemical attempt to resurrect their deceased mother from the grave). The two boys were born in the town of Resembool in the kingdom of Amestris and lived with their mother. Their father, Van Hohenheim, fled away from home several years ago for unexplained reasons, and the boys' mother, Trisha Elric, died of an illness a few years afterward, leaving the two brothers alone.

After his mother died, Edward resolved to resurrect her using alchemy, an advanced technology that could produce anything from raw materials. They researched Human Transmutation, an illegal method in which people attempt to create or modify human beings. This endeavor, however, failed, resulting in the loss of Edward's left leg and Alphonse's entire body. Edward sacrificed his right arm to infuse Alphonse's soul into his armor in a desperate bid to save his brother.

A few days later, an alchemist named Roy Mustang tracked down the Elric brothers and nominated Edward to join the government military in exchange for additional research resources to help them find a means to restore their bodies. Later, Edward's right arm and left leg were replaced with automail, a form of biological prosthetic created by Winry Rockbell, Edward's childhood closest friend, and her paternal grandmother Pinako. Edward eventually became the National Alchemist, a type of alchemist hired by the troops of Amestris, who had garnered renown during the preceding decade's civil war for exterminating the majority of the Ishbalan race.

As the National Alchemist, Edward gains access to the army’s massive collection of alchemist-related material, but he also becomes a member of the cynically dubbed “the army’s dog.” unit. His close relationship with Mustang, who provided him with information and recruited him, allowed the Elric brothers to search for the “Philosopher’s Stone” as part of their research, and they considered it the duty of every National Alchemist to search for things that could be requisitioned by Amestris’ army.

The brothers came to the conclusion that the “Philosopher’s Stone” was the only thing that could help them repair their bodies. They meet many enemies along the way, including those willing to go to any length to obtain the Philosopher’s Stone; Scar, one of the few Ishbalan survivors seeking vengeance against the National Alchemists for destroying his tribe; and the homunculi, a group of beings in human form which contain a fragment of the Philosopher’s Stone, making them virtually immortal.

As the novel progresses, Edward and Alphonse discover the Philosopher’s Stone’s extension. The homunculi, who founded and secretly controlled the State Army, manipulated Amestris. The creator of the homunculi, a man known only as “Father” (Ot-sama), who had gained He gets immortality owing to the Philosopher’s Stone, developed by deceiving Hohenheim years before the story begins. He intends to use Amestris as a massive transmutation circle to convert the entire kingdom for an unknown reason to the Elric brothers. When they uncovered Ot-sama’s plot, they and many other army members were resolved to stop him.

The homunculi were eventually defeated after several fights, and the army in Central City became well-known. Unmistakable truth Ot-sama, on the other hand, had briefly utilized all of the creatures of Amestris land to absorb God and become omnipotent. However, as a result of Hohenheim’s previous preparations, the souls of the whole Amestris people were returned to their bodies, and Ot-sama became unstable.

Everyone worked together to defeat Ot-sama and force him to unleash his powers. Edward finally defeated him with his true right arm, which he regained thanks to Alphonse's sacrifice. When Ot-sama was trapped in the "Truth" dimension, Edward gave up his capacity to utilize alchemy in order to return Alphonse to its natural state. Both brothers returned to Resembool, but they split up again two years later to repay the friends who had aided them and to continue their trip to find new things. 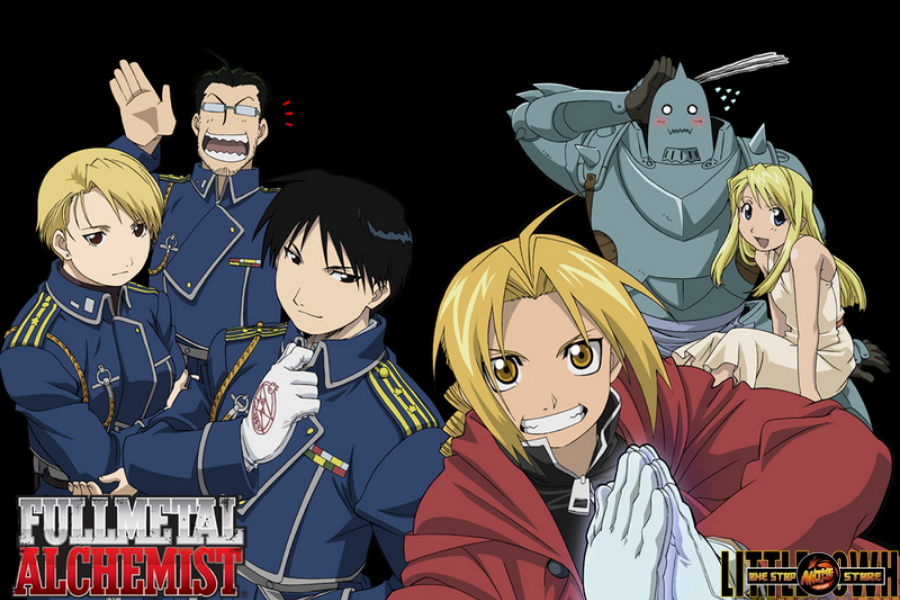 Fullmetal Alchemist is regarded as a fairly gloomy anime because the protagonist is easily murdered. The deceased are not supporting characters who play the role of "the masses" but are all significant characters in presenting the entire truth about the government army.

As a result, the truth will be exposed gradually, leaving readers unable to take their gaze away. This also adds to the suspense of the film; you won't know who to believe, whose words are real, and you'll have to hunt for the truth amid hundreds of lies. You will become fully immersed in the trip of the two Elric brothers before you realize it.

This will be an excellent anime for fans of the dark mystery genre.